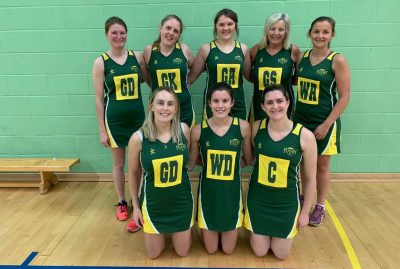 As a team that are proud to support our community, we’re happy to announce our sponsorship of a local netball team, contributing towards vital costs for new playing dresses, Velcro bibs and shorts.

A cause that is particularly close to our hearts – with our Site Co-ordinator Amy being a member for three years, it gives us great pride to be able to name the team ‘Risby Homes’.

We’re also thrilled to have our company logo on the dedicated team’s dresses, and to be the first sponsors they have received for a number of years.

First formed 15 years ago, team Risby Homes consists of a mixture of players varying from ages 18 to 60, all with different abilities and a passion for netball. All living within the East Yorkshire area, their members range from women who play a few times a week, to players who are looking for a route back into the sport.

Playing in the Hull Works League against nine other teams, Risby Homes play a series of matches throughout the season against various other local teams, including Specsavers, Natwest, BP Chemicals A and Segals.

After a great season, Risby Homes has won an amazing eight out of eleven games!